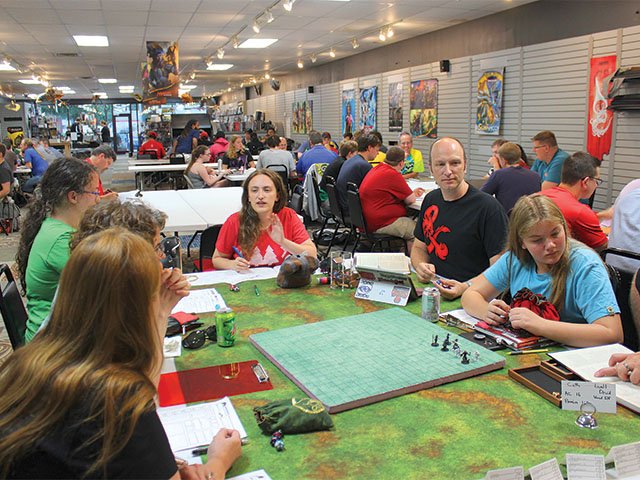 Excited that we were featured in the awesome Isthmus news here in Madison! Love the community that we’ve built. Well done to every single person in our community, it wouldn’t be possible without every single one of you!

Check out the full article here!

There are a lot of fun stuff for DMs in the official Season 9 DM Rewards document, here are the important parts…

Note, if you’d like to earn these by becoming a DM for MAD D&D – reach out to us! We’re always encouraging more DMs to support our community! Email lance@lancelarsen.com!

What are DM Reward Points? In Season 9, DM Reward Points are used as a Thank YOU to all of those in our awesome community that make each and every game possible by Dungeon Mastering for your community!

There’s only one semi-confusing point from the DM Rewards document for this season, there are Season 9 (“S9”) specific “Campaign Rewards” – so the way to earn DM RPs (“DM Reward Points”) should be tracked separately, and are earned as follows…

What can I spend my shiny new DM RPs on?

What do I do with Treasure Checkpoints from last Season 8? Spend them on your characters, as they go away officially in Season 9. Noting the Magic Item Tier limits for Season 9. As discussed in Official Season 9 AL Rules! Magic Items, Gold & Leveling!

DM Quest Rewards from previous Season? DM Quests rewards that unlocked character options (such as Oathbreaker) can be used as normal.

Here is the official Season 9 Character Conversion document, but here are the important parts…

Advancement Checkpoints: Gone. You MAY gain a level for any character that had any unspent.

What if my character has more Magic Items than my Tier limit? Choose the ones you want to keep, up to your Tier limit. When you go up to the next Tier, you can re-add one of those items back to your character. Reasonable.

What if my character has FEWER Magic Items than my Tier limit? You get more! Choose a number of permanent magic items from those that the character unlocked by adventuring up to your character’s limit. Very reasonable.

What if my Tier 3 character (or below) has Legendary Items? Only allowed for Tier 4, but items are “held in reserve” and may be reclaimed once the character reaches Tier 4. Fair.

What about Magic Items with Persistent Effects, ie. Tomes of Understanding, Manual of Golems, etc.? They DO count towards the Magic Item Tier limit. You MAY remove them and their effect if you desire. Common sense, nice.

I’m VERY excited about these rule updates -and- after reading this, I believe you will be too! Enjoy my summary below!

Here are the latest AL Players Guide v9.0 and AL Dungeon Masters Guide v9.0, I encourage you to read them yourselves!

In my not-so-humble opinion – magic items rules are COMPLETELY correct this season. I have to say, this is what I’ve wanted the rules to be for Magic Items since waaaay back in AL Season 1. Simple. Fair. Easy. Common Sense. Very reminiscent of pre-Adventure’s League organized play.

How do I get Magic Items? If you find it in an adventure, you can keep it!

In fact, for general magic items found during play everyone in the party can take it — with the only caveat that you are limited to a number of magic items by the “tier” of your character as follows…

** Note, this only limits permanent magic items – no limit on consumables, ie. potions.
*** Only Tier 4 can have Legendary Magic Items, but if you find one before Tier 4 you can take it as one of your items -when- you get to Tier 4.

What if have my maximum number of magic items and I find a better one? Ditch it and take the new one!

Hallelujah Hallelujah… Did I mention common sense rules? Yes, yes I did! Very useful in getting rid of obsolete items or those that have been destroyed or have no magic remaining.

Leveling Up Your Character

So if you play one AL adventure (no matter the length of the module; 2-hour, 4-hour, etc) at the end you MAY level up to level two. After five, you MAY be level five. After twenty, you MAY choose to be level 20!

Why do I keep saying MAY? Because “you can decline to gain a level”.

So, for example, if you already have an 8th level Barbarian that you play in Tier 2 (5th – 10th) games and want to keep playing your Wizard at level 4, so you can keep playing a Tier 1 storyline – you can! Common Sense again? Yes, yes indeed.

What if I’m playing in a hardcover adventure books? Simple, you either gain a level when your DM tells you’ve gained a level -or- after 4 hours (for Tier 1) or after 8 hours (for Tiers 2–4). Again, with the option of declining to level at your discretion.

Ok, was I the only one that thought Treasure Points took the fun out of looting dungeons and ransacking goblin hovels? Nope – thank Moradin, and the other dwarven gods, they’re GONE!

To summarize, you can earn a maximum amount of gold -per- level of the character.

This being the only reason that you wouldn’t want to “decline to gain a level” (as talked about above) as you will assuredly hit your gold maximum.

Make up a fun reason in game in case you ever hit your limit. Maybe you tithe every thing above that to the local church of Tymora! Hail Tymora, goddess of luck!

I will in fact have my players explain what they are doing with the gold they earn past the limit and eagerly await the shenanigans they conjure up!

Either way, here are the ‘gold’ and ‘downtime days’ info from AL-S9 rules — and an expanded table to give you the full amounts you can have all the way up to level 20!

Think of the Hourly Gold Award per hour as guideline for your DM, not as an “elf agenda to provide the working adventurer a living (or in some cases un-living) wage” 🙂

What are my GP, Downtime Days and Magic Item maximums at each level?

So again, check out the AL Players Guide v9.0 and AL Dungeon Masters Guide v9.0 yourselves! There are a couple other cool things such as…

Renown Items: Once you renown level is high enough, you can get a +1 weapon, +1 shield, +1 rod of the pact keeper, or a +1 wand of the war mage. Note that these do count against your maximum Magic Items count. But no more excuses that you don’t have a +1 weapon when that monster that is immune to non-magical attacks comes for you!

Look forward to playing them with my awesome MAD D&D community!

Keep an eye on here to watch for the latest in AL news!

Looking to play Dungeons & Dragons Adventurers League games with your fellow Role-Playing enthusiasts? We’d love to have you as part of our community!

It’s easy to get started…

1) Check out our “Getting Started” info!

2) Sign up on our Meetup site to reserve your place at a table with us!

We look forward to you joining our D&D community! 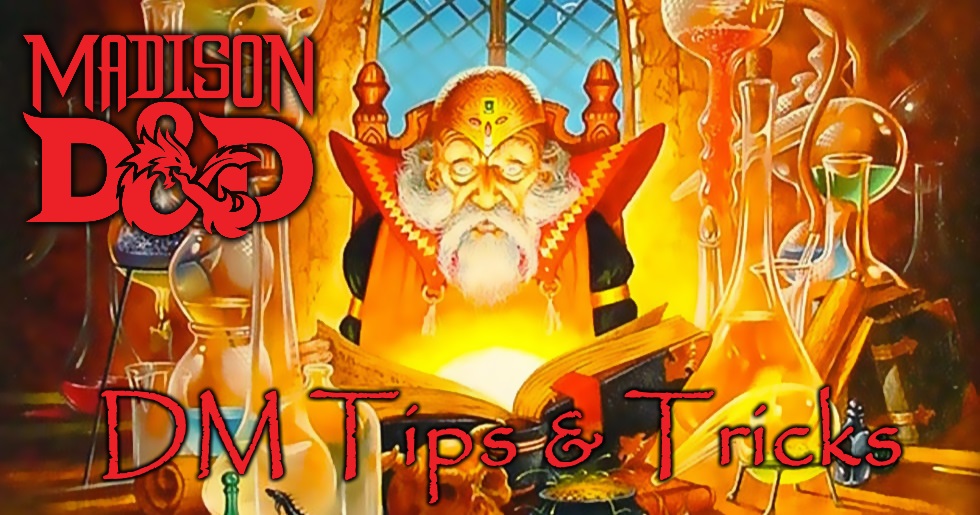 Nice short article on “How to Make Non-Player Characters That Your players Will Like” – good advice for DMs from www.DMDave.com.

Specifically liked the following quote from the article…

‘…In a situation where a PC might know someone able to help the party, their player can declare, ‘I know a guy.’ The player invents the NPC, sketching the guy’s background and relationship to the PC. (This rule assumes the gender-neutral usage of ‘guy.’) Now the party can reach out to the new character. To determine the NPC’s reaction, the player who created the guy makes a Charisma check. … found this simple and very loose mechanic invites players to create critical NPCs and continue developing (revealing) backstory as they play.’ 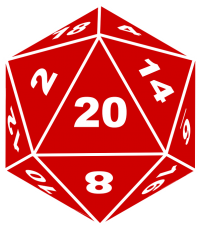 Looking to download the latest Season 8 Modules – this is where you want to go!